The WRC season has not been decided just yet, Mikko Hirvonen has claimed.

Ford Abu Dhabi driver Hirvonen, who will head to Wales in his race-prepared Ford Fiesta, trails championship leader Sebastien Loeb and his Citroen Ds3 by eight points but is confident ahead of the season finale.

In order to scupper Loeb's chances of securing an unprecedented eighth WRC title, Hirvonen must finish ahead of his arch rival and secure bonus points over the course of the weekend.

However, the Fiesta driver is not daunted by the task, having been in a similar position before.

"It's almost an exact replica of the situation we were in two years ago - it is effectively a shoot-out, a one-off rally to determine the destiny of the drivers' title," he said.

"I'm as well prepared as I can be and excited about Wales. The knowledge and experience I gained two years ago will help, but I'm not looking at altering my preparations or anything. The only change I want is to the final result."

The comments come shortly after Loeb vowed to ignore the pressure he is under in order to concentrate on the race. 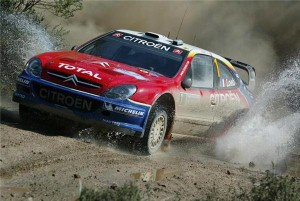 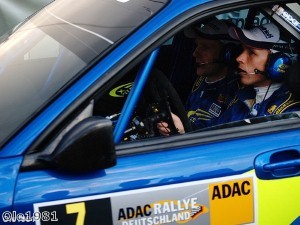 Solberg sets the pace in Mexico