The package of new measures will see an initial network of 12 hydrogen refueling stations, including a pledge to fund the construction of two new stations in the Greater London area, a new mobile refueling station for the south of England and upgrades to existing stations in Sheffield, Swindon, Wales and London.

Air Products, ITM Power, Johnson Matthey and Transport for London were among the first organisations to take delivery of an ix35 Fuel Cell in October 2014, with further customer deliveries imminent.

With no harmful tailpipe emissions, Hyundai's ix35 Fuel Cell can travel more than 350 miles in real-world driving conditions before refueling, which is a quick and easy process similar to refueling a petrol or diesel vehicle.
Promoting the adoption of Fuel Cell vehicles in the UK, Hyundai is part of a number of collaborative projects. These include London's Hydrogen Network Expansion (LHNE), a project backed by Innovate, and Hydrogen For Innovative Vehicles (HyFIVE).

Hyundai is also a supplier to HyTEC, which alongside HyFIVE is funded by the Fuel Cells and Hydrogen Joint Undertaking (FCH JU). In addition, Hyundai is a participant in the UKH2 Mobility project that has played a key part in advising government.

"As the first global carmaker to begin UK delivers of Fuel Cell passenger cars in 2014, Hyundai welcomes this investment which will support the rollout of hydrogen technology to additional customers." 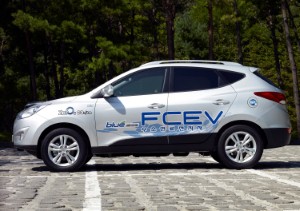 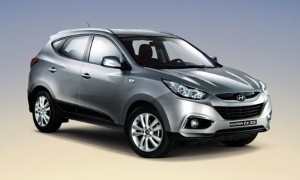 Is the Hyundai ix35 a wise purchase?