Mazda technology first appear on the near Mazda6

An upgraded 2015 Mazda6 Saloon and Tourer line-up goes on sale in the UK early next year, featuring tech firsts for the updated range.

There is a choice of nine diesel and seven petrol Saloon variants, and nine diesel and three petrol Tourer versions. Each is equipped with either six-speed manual or automatic transmissions. 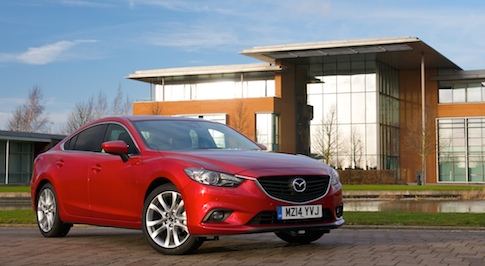