Mazda is set to unveil a newly upgraded version of one of its most popular models at the Paris Motor Show today (September 30th).

The all-new Mazda2 will be revealed at the industry exhibition and boasts a number of improvements on its predecessor, which was named World Car of the Year in 2008.

Offering new exterior colours and a sportier appearance, the new Mazda2 includes bodyshell and suspension updates for improved comfort, while its engine offers Euro5 compliance for all powertrains.

Automatic transmission is optional, while the diesel version of the model cuts CO2 emissions to 110 g/km.

It also includes 16-inch alloy wheels and is available in three or five-door versions.

"This success story is about to enter its second phase at the Paris Show with the European premiere of the upgraded Mazda2, featuring updates that will strengthen its position in the very competitive European small car segment," Mazda states. 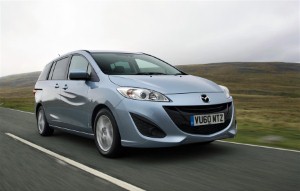