The next version of the Nissan Qashqai will be built in the UK, it has been announced.
Bristol Street Motors

Nissan has announced that the next version of its best-selling urban crossover, the Qashqai, will be designed, engineered and built in the UK.

This decision has been welcomed as a massive boost for Britain's car industry, with prime minister David Cameron making a point of meeting with the head of Nissan today (June 8th).

Currently, the Qashqai is the most frequently built car in the UK, although 80 per cent of them are shipped overseas.

The decision to make the new version in the UK is expected to safeguard 6,000 jobs in Sunderland, Bedfordshire and London, and represents an investment of £192 million in UK manufacturing, Mr Cameron said.

Since its launch in 2006, the Qashqai has become Nissan's most popular model, with the striking styling, which is half hatchback and half SUV, helping to make it one of the UK's top ten best selling cars.

What Car? Magazine gave the original version a four-star review, calling it a "brilliant family car", which is "roomy, comfortable, refined and affordable to run". 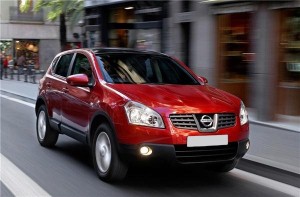 Is the Nissan Qashqai reliable and comfortable?