Nissan has announced that its next generation Juke is to be built in the company's Sunderland, UK plant as part of a £100m investment.
Bristol Street Motors

Nissan has announced that its next generation Juke is to be built in the company's Sunderland, UK plant as part of a £100m investment.

The small crossover was first launched in 2010 and will be joining the Qashqai, Note and LEAF at the UK plant, in a testament to the quality of output.

Nissan Europe Chairman, Paul Willcox commented: "This announcement gives security to our Sunderland plant beyond 2020, which the team has earned through many years of hard work and their ability to continually raise the bar on quality."

Willcox continued: "The Juke's unique design is one of the reasons Nissan is now the undisputed crossover leader, underpinning five consecutive years of sales growth in Europe.
"With the next generation Juke now confirmed for future production, customers can be assured that Nissan is going to remain the benchmark in the crossover segment for many years to come. 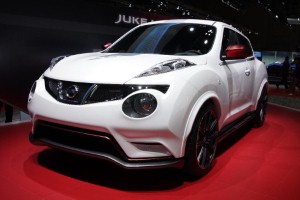