Renault’s Clio RS16 concept will be the manufacturers fastest car ever – if the financial details can be smoothed over, allowing the concept car to become a reality.
Bristol Street Motors

Renault's Clio RS16 will be its fastest ever car

Renault’s Clio RS16 concept will be the manufacturers fastest car ever – if the financial details can be smoothed over, allowing the concept car to become a reality. The car is a turbo-engined version of the Renault Clio RS, which is due to open for pre-booking in September 2016, and to go on sale in the autumn.

The RS16 has been highly praised by critics across the board. The difference between the RS16 and the regular Renault Sport Clio is primarily the engine: the Sport Clio’s 1.6-litre engine and paddleshift gears have been pulled out to make room for a 2.0 litre four-cylinder turbo engine mated to a six speed gearbox.

Not only is the RS16 the speediest Clio to hit the roads, but it is the fastest car Renault have ever produced. The engine, taken from the Megane 275 Trophy R, generates a massive 271bhp and 265lb.ft of torque. Figures aren’t official yet, only speculative, as the RS16 doesn’t have a confirmed kerb weight. If weight is equal to the Renault Sport at 1,200kg, however, this would mean the RS16 could achieve a 0-62 of 5.5 seconds and a top speed of over 150mph.

It’s not yet 100% certain that Renault’s mean machine will make it to production, but if it does, the French manufacturer has estimated numbers of around 300 cars, selling at £35,000 each. 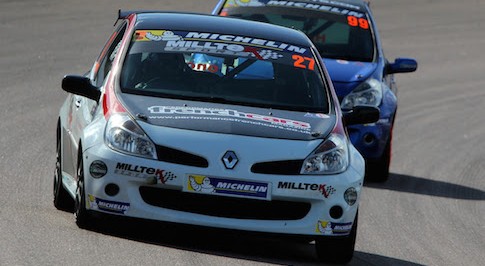