Alfa Romeo has unveiled the production version of the spicy 4C Spider at the Detroit Motor Show, which is set to go on sale in the UK this summer.
Bristol Street Motors

Alfa Romeo has unveiled the production version of the spicy 4C Spider at the Detroit Motor Show, which is set to go on sale in the UK this summer.

Thanks to its inherent rigidity, the Italian carmaker was able to minimise structural differences between the 4C Spider and its sibling. Like the 4C Coupé, the convertible is built around an ultra-lightweight monocoque chassis comprised of unilateral carbon fibre layers that is three times stronger and seven times lighter than steel.

Powered by the same, aluminium, 240hp, 258 lb.-ft., 1750 TBi engine, the 4C Spider looks to be the result of a 4C Coupé undergoing a crash diet; even the Spider's windscreen and side windows have been optimised for lightness, using 10 per cent thinner glass. The convertible also features a unilateral carbon fibre windscreen frame that is adhered and bolted to the monocoque chassis, unique upper body brackets and a high-strength steel engine compartment cross beam to maximise torsional strength.

Another new feature to debut on the 4C Spider is the all-new, titanium exhaust system - developed by exhaust specialist Akrapovic - the two-seater convertible combines open-top thrills with the unmistakable soundtrack of an Italian, performance-tuned engine. As with the 4C Coupé, the Spider will also be available with the standard and the Racing exhaust system.

In the metal, the 4C Spider shares much of its exterior and interior appearance with the Coupé, with changes focused primarily on the metamorphosis from fixed- to open-top structure. 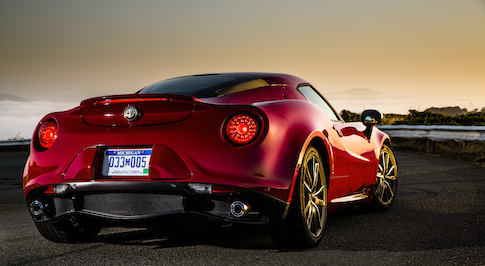 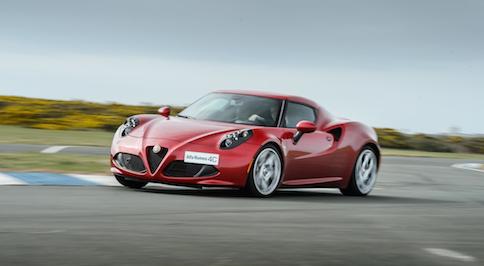