Live performances from The Charlatans, Ocean Colour Scene and Marner Brown will be used to create a buzz at the Alfa Romeo stand at this year's Goodwood Festival of Speed.
Bristol Street Motors

Italian carmaker Alfa Romeo has turned to some of the biggest names in British music to create a buzz at the forthcoming Goodwood Festival of Speed.

The manufacturer has announced that a number of big names are set to perform live at the AlfaLive stand at this year's event.

Among the performers will be Tim Burgess and Mark Collins of The Charlatans, who will treat festivalgoers to two live 30-minute sets on June 29th.

Keeping the Britpop thread going will be Steve Craddock of Ocean Colour Scene, who will also perform two half-hour sets on June 30th.

Up-and-coming act Marner Brown has also been booked to sing live and will take to the stage on June 28th and July 1st.

While still relatively unknown, Twickenham-based indie rockers Marner Brown have been earmarked as a band for the future after supporting Kasabian, Whitesnake, Elbow, The Feeling, Babyshambles and Ocean Colour Scene on recent tours.

"To celebrate the launch of the Alfa MiTo TwinAir, Alfa Romeo UK is driving great British music at the 2012 Goodwood Festival of Speed, with acoustic live performances on the company's show stand from three stellar artists," the company confirmed.

However, that does not complete the line-up as Alfa Romeo has also confirmed that international DJ Goldierocks will also take to the stage to entertain crowds on June 28th and 29th.

Alfa is confident of strong demand for the latest version of the MiTo, whch was the first of its cars to be fitted with the innovative D.N.A system.

"The MiTo was the first Alfa Romeo car to be equipped with the Alfa D.N.A. system, an innovative device that operates on the main driving parameters ... adapting the car's personality to the needs of the driver and the different road conditions," the firm explained. 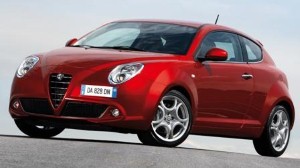 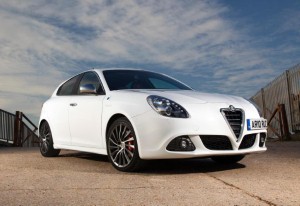