The Ford Fiesta led the American manufacturer to an impressive months of sales.
Bristol Street Motors

The American brand had more vehicles registered on the month prior and year-on-year in April, with the Fiesta the highest selling vehicle, outperforming its nearest competitor by more than two to one.

Figures from the Society of Motor Manufacturers and Traders (SMMT) showed that Ford extended its April retail car sales lead by 89 per cent over the closest rival. Some 22,178 units were shifted, up from 20,621 last year.

The Ford Fiesta and the Ford Focus were the number one and two best sellers in the country, while the B-MAX achieved a segment leading position in April.

Ford's commercial vehicles sales stood 5,900 in April, an increase on 3,822 on the year prior, and its market share grew from 18.5 per cent to 22.8 per cent. The Transit performed particular well, growing to become the sixth best-selling vehicle in the UK.

The manufacturer leads all the commercial vehicle segments in which it sells vehicles in. The introduction of the Transit Custom and the Tourneo Custom enhanced Ford's position in the one-tonne segment.

"Our best-ever vehicle range has proved attractive to private customers, helping to drive up our share of more profitable retail sales. The quality of the Ford model range is underlined by the Ford B-MAX achieving segment leadership as well as the successful launches this year of the new Ford Fiesta, the Ford Transit Custom, the Ford Kuga and the headline-grabbing new Ford Fiesta ST."

Overall, UK car sales were up 14.8 per cent in April, which meant that it was the best April of sales since 2008. This stands in contrast to the rest of Europe where there was a ten per cent drop in sales across the EU countries. 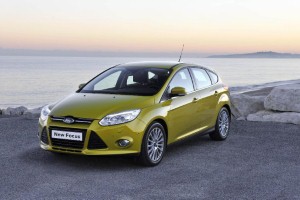