The Ford Ranger has joined up with the Bluebird team as it attempts to set a new electric vehicle land speed record.
Bristol Street Motors

The durability of the Ford Ranger has been highlighted the Bluebird team selected the vehicle as its official partner.

As such, the Ranger, which boasts a towing capacity of up to 3,000kg, will tow the famous Bluebird to exhibitions, test sessions and land speed record attempts.

Martin Rees, Bluebird project manager, said it was an easy decision to make given the quality of the Ranger and the ties between Ford and land speed pioneer Sir Malcolm Campbell.

"The Ford Ranger perfectly met our requirements and the historic link between Ford and Sir Malcolm made the choice an obvious one," he said.

"As well as Sir Malcolm's one-time directorship at Ford of Britain, the Bluebird and Ford of Britain centenary created a natural synergy between the two brands and reason to mark this special year."

The partnership will see Ford provide a double-cab Ranger Thunder 2.5-litre TDCi to tow the Bluebird as it attempts to break the one mile electric land speed record next year. 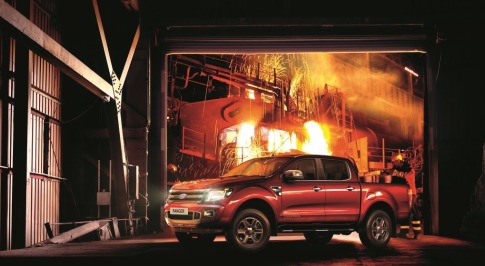 FORD ANNOUNCES PARTNERSHIP WITH THE FORD RANGER AND ARENACROSS UK 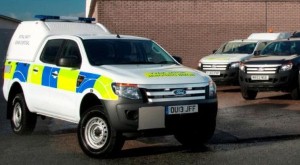