Just in time for Christmas, Ford has given its customers and fans a little bit of good cheer with new announcements involving two new concepts and an iconic muscle car.

At the manufacturer's 'Go Further' event in Barcelona, Spain, Ford unveiled the new Edge and Ka Concepts, in addition to the hotly anticipated Mustang - which will soon be released on the European market.

Fans, reporters and staff were all on hand to witness the introduction of all three models, with each expected to herald a new era for the brand's offering on the continent.

First of all, let's cover the Ford Mustang. It's the one we most want to know about anyway, isn't it?

The iconic muscle car that so evokes the spirit of America is a dream car for a number of motorists. Soon, people in Europe will be able to access the car on home soil for the very first time, rather than having to ship it across the Atlantic.

After 50 years of production in the US, Ford has witnessed nine million sales of the Mustang, despite having limited worldwide availability.

It has featured in films, on television and in music videos, and is truly one of the motoring world's most recognisable models.

Stephen Odell, executive vice president for Ford in Europe, Middle East and Africa said: "The Mustang’s formidable reputation for performance and its iconic status as a symbol of freedom and optimism precedes it even in those parts of the world where the car has never been sold.

“The new Mustang epitomises Ford’s aggressive product acceleration; technologically advanced and forward-looking, but without forgetting the heritage that has inspired Ford customers for generations.”


It will enter Europe in two incarnations; The 5.0-litre V8 engined version and a fuel-efficient 2.3-litre EcoBoost engined edition.

However, drivers shouldn't avoid the carbon-friendly model, as it still produces the same high-quality performance and visceral driving experience that is so associated with the typical Mustang.

Of course it features the low roof height and wide stance that makes Mustang so recognisable, but has a contemporary execution of the iconic car's signature shark-bite front fascia.

When it finally arrives in the UK, fans will be desperately trying to get their hands on one of the models.

Elsewhere at the event, Ford also launched two new concepts in the shape of the Edge and the Ka.

The Edge is Ford's latest SUV, looking to take the European market by storm. It will take its place alongside the Kuga and EcoSport models in the sector, and the latest concept demonstrates some of the technology, design features and craftmanship that will feature in the future production models.

When it comes to the new Ka concept, it displays the latest in Ford's practical choices for urban drivers.

The Ka was first launched in 1996 and has since gone on to sell over 1.8 million models. However, the manufacturer expects the small car segment to increase up to 35 per cent by 2017.

The latest version features top quality fuel efficiency in addition to a whole host of new technologies, such as SYNC with voice control and AppLink, and a docking station for phones and satellite navigation devices.

It certainly doesn't look as diminutive as previous incarnations and packs in the style in addition to its practicality. 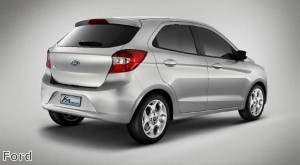 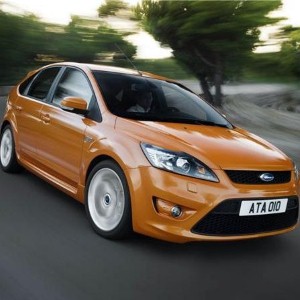 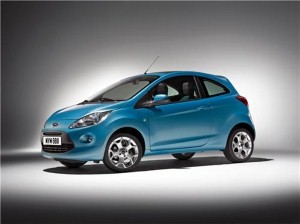 Ford Ka offers 'most exciting driving dynamics' in its sector