Hyundai motorsport will enter four cars into the seventh stage of the World Rally Championship (WRC), which will take place in Poland at the beginning of July.
Bristol Street Motors

Hyundai Motorsport will enter four cars into the seventh stage of the World Rally Championship (WRC), which will take place in Poland at the beginning of July.

Following its double podium result in Sardinia, the team will introduce the #10 Hyundai i20 WRC as its fourth car. With Dutchman Kevin Abbring behind the wheel, and Sebastian Marshall as his co-pilot they hope to repeat last years success, in which a competitive race in Poland led to a podium finish.

The Polish stage of the WRC has, however, been re-profiled, with all 19 stages of the rally now taking place in Poland. This new, unknown terrain could prove a hindrance to the drivers, but team principal Michel Nandan is confident in his team's abilities.

He said: "Rally Poland will be another important milestone for Hyundai Motorsport as we enter four cars into a WRC event for the first time. It will be a new challenge for our team as we tackle an already tricky rally with an extra car, but it's something to which we are looking forward.

"Our drivers generally perform well on unknown terrain so the fact that around 90% of Rally Poland is new compared to last year will hopefully play into our hands."

Along with the #10 Hyundai i20 WRC, Hyundai's team is made up of three other i20 WRC cars. In compliance with the rally's rules, the cars must be production-based and driven to and from each stage, with the drivers complying to the traffic rules and regulations. 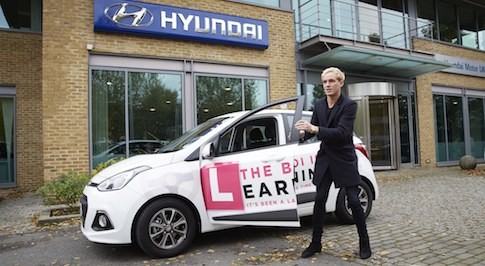 Made in Chelsea star Jamie Laing drives the streets of London