Made in Chelsea star Jamie Laing has taken to the streets again in his personalised Hyundai i10 that he's learning to drive in.
Bristol Street Motors

Made in Chelsea star Jamie Laing drives the streets of London

Made in Chelsea star Jamie Laing has taken to the streets again in his personalised Hyundai i10 that he's learning to drive in.

With his test now fast approaching, Jamie is desperate to be able to drive himself around the streets of Chelsea so ropes in friends and family to give him some extra tuition.

In these final instalments before his test, Jamie's mum Penny, Hyundai Motor UK's President and CEO Tony Whitehorn, and friend Francis Boulle all agree to give Jamie a helping hand.

In the lesson with his mum, Jaime says: "It wasn't so much of a driving lesson, but more of an argument". Jamie and mum scream their way around the streets of London, drive through a 'monsoon', and have some hairy moments with taxis. Penny was impressed with Jamie's clutch control but ended the lesson by saying: "We're never doing this again!".

Jamie's lesson with Hyundai UK's President and CEO, Tony Whitehorn, doesn't get off to the best of starts when Jamie very nearly reverses into the camera. But Jamie perseveres and as he drives around in 'the country', he reaches a milestone and excitedly tells Tony: "You're the first person I've ever gone into fifth gear with!". With his head in his hands, Tony is taken on a whirlwind tour of what Jamie has learnt so far. Hyundai UK's President is quite impressed with Jamie's three-point-turn and concludes the lesson by thanking Jamie and saying: "That was different".

In the final instalment, Jamie seems to forget that he's having a driving lessons and turns into a taxi driver as he picks up his friend Francis Boulle, as well as his dry cleaning along the way. When Jamie's driving instructor explains what Jamie needs to think about before his test, Jamie asks: "Are you flirting with me?".

Watch the videos below or join the conversation on Twitter by using #SpotJamie. 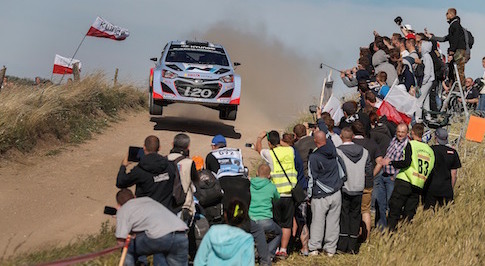