There is only one month left until the release of the third-generation Mitsubishi Outlander, with drivers in for a treat upon the car's launch.
Bristol Street Motors

The Mitsubishi Outlander range has been a hit with drivers ever since the original model hit the road in June 2001 and its popularity only looks set to grow with the launch of the third-generation Outlander in November.

First breaking cover at the 2012 Geneva Motor Show, the vehicle grabbed the attention of those in attendance with its bold design and raft of intriguing technology additions.

The specifications of the all-new Mitsubishi Outlander are a joy to behold as well, while the car's advanced safety features are sure to receive plenty of praise and admiration.

Here is a closer look at the third-generation Mitsubishi Outlander:

Back to the drawing board for the Outlander's exterior design

There have been so many significant changes made to the all-new Mitsubishi Outlander when compared to the outgoing model that drivers may struggle to believe they fit in the same family.

In an attempt by the Japanese car maker to bring the range into the modern era, the third-generation Outlander dons an updated front grille and meaner 16-inch wheels.

A smooth exterior design is highlighted by the fact that the car's door mirrors and bumpers are body-coloured, though optional metallic and pearlescent paint hues are available if drivers want their new Outlander to stand out from the pack.

Worthy mention has to be given for the vehicle's interior mind, as owners are greeted with an array of high grade premium materials.

The numbers of the all-new Outlander say it all

Drivers who like their car to pack a hefty punch are in for a treat when they glance across the specifications of the third-generation Mitsubishi Outlander.

Reaching 60mph on the speedometer from rest in this vehicle takes less than ten seconds, while motorists can continue to put pedal to the metal to reach a maximum speed of 124mph.

Fans do not need to worry that speed compromises efficiency, however, as the all-new Outlander's MIVEC clean diesel engine and Twin-Clutch SST gearbox returns a respectable level of emissions and fuel economy when compared to other models in its class.

Tech-savvy motorists have plenty to admire

In car technology is all the rage at the moment, with driving now more relaxing and thus entertaining than ever before. Not looking to be left behind, the all-new Mitsubishi Outlander features all of the latest technology offerings from the famous Japanese manufacturer.

For example, ergonomic steering wheel controls enable drivers to fiddle about with the Outlander's entertainment system without ever having to take their eyes off the road.

While at a standstill, high-resolution and easy-to-read instrument displays across the vehicle's dashboard could keep people busy for hours on end.

Under the bonnet, the Mitsubishi Active Stability and Traction Control is constantly working in harmony with the Outlander's front strut and rear multi-link suspension systems so that comfort is assured no matter if the car is undertaking a school run or competing in an off-road adventure.

Safety first with the all-new Outlander

There are so many safety features present on the third-generation Mitsubishi Outlander, such as the Adaptive Cruise Control system that aims to always maintain a safe distance between itself and the vehicle in front.

Meanwhile, Forward Collision Mitigation technology is always on the lookout for obstacles on the road. If something out of the ordinary is detected, the system automatically applies the Outlander's brakes and brings the car to a sudden yet safe halt.

There is also the Lane Departure Warning system, which will alert a driver if their Outlander is about to leave the lane they are travelling along.

In theory, being on the road has never been safer than in the third-generation Mitsubishi Outlander. 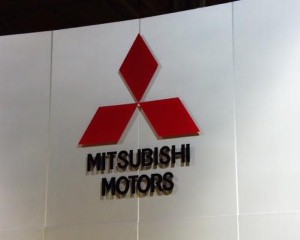 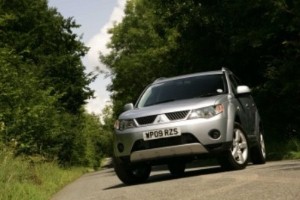