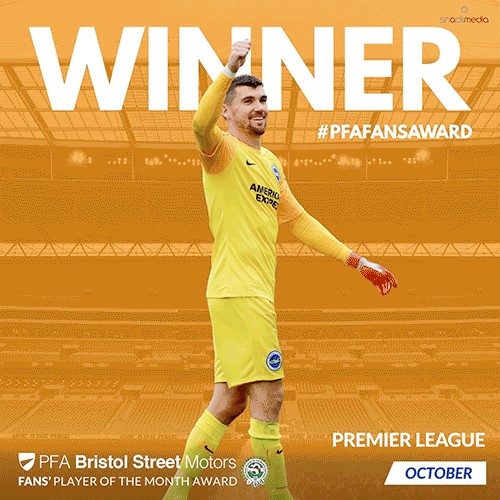 The accolade - run by fan engagement experts, Snack Media - saw the impressive Australian draw the actual fan vote with in-form Arsenal striker Pierre-Emerick Aubameyang. However, as Ryan had played more Premier League minutes last month, he was the one deemed to win the tie-breaker and take home the Award.

It was one of the closest monthly competitions the PFA has ever run with only a handful of votes separating most of the nominees, who also included Manchester City’s Fernandinho, Chelsea’s Ross
Barkley, Manchester United’s Anthony Martial and Ryan’s Brighton teammate Shane Duffy.

In the first of five divisional votes carried out over eleven days via Snack’s digital and social networks and supported by top flight football clubs and press, it was clear that Ryan’s solid performances over
the last month - where he keept three clean sheets and made the most saves of any goalkeeper in the top flight - resonated with Seagulls fans and supporters of all teams alike.

The Championship vote opens at 11am on Monday 5th October. To vote CLICK HERE 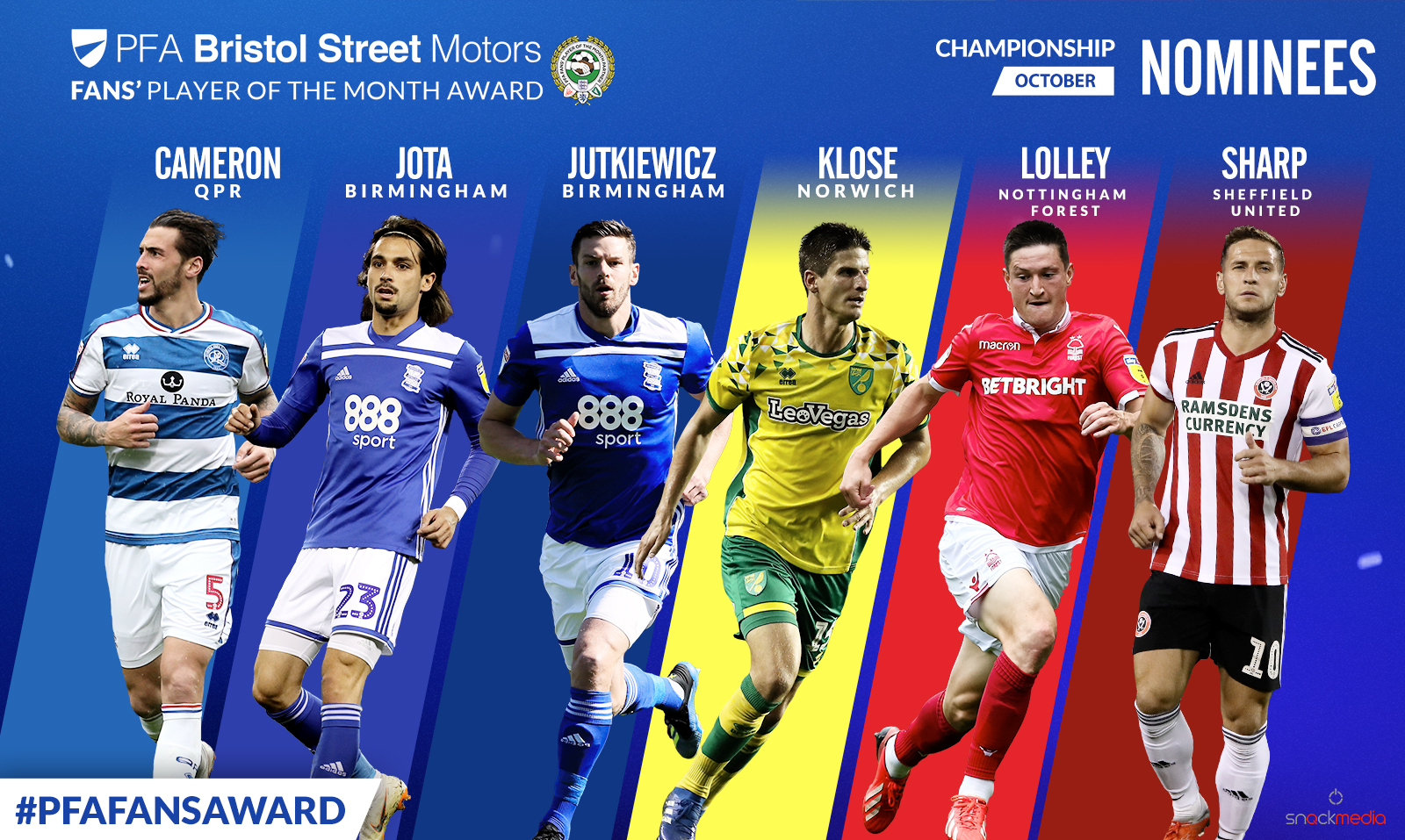