The engine has the same options as the hatch – a couple of turbocharged petrol engines, and four diesels. Outputs of the engines haven’t been released yet, but it is expected that they will range between 100PS to 205PS. The GT model displayed at Geneva will have a four wheel steering system dubbed ‘4Control’, which is designed to increase the cars agility and handling, be it on winding country roads or busy city streets. The hatchback shares many features with the Tourer, including a sizeable touchscreen and a TFT instrument binnacle. Boot space remains at 580 litres, but with a greater load length, now at 2.8 meters.

Renault have also revealed the new generation of Scenic prior to its expected launch at the show, with the manufacturer releasing images of its interiors early. The Scenic has been on the roads for 20 years, and has sold 5 million cars to date. Renault claims their new Scenic will redefine the MPV class. 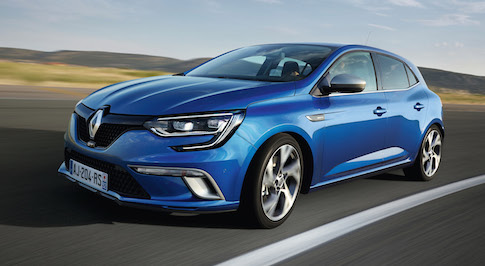