Renault has walked away from this year's Fleet World Honours event with not one but two prizes.

The French carmaker scooped both the Environmental Award and the Editor's Award at the ceremony.

According to the manufacturer, the win proves that its investment in electric technology is paying off.

The latter award was handed to the firm for its Kangoo Van Z.E, which the judging panel has suggested is utilising technology that will be the future of motoring.

John Kendall, Van Fleet World editor, said: "Future motive power is almost certain to come from electricity. No matter how much we like internal combustion engines and the energy-dense fuel that makes them go, progressive depletion of our oil reserves will make it unattractive in cost terms long before this century, or our supplies run out."

The expert added that as electricity can be produced from renewable sources or hydrogen fuel cells, it is the clear choice to replace the combustion engine as the default power source for vehicles.

Fleet World editor Steve Moody said echoed these sentiments and said Renault has been making strides to be a leader in the electronic car market.

"Lots of manufacturers are talking about electric vehicles, but few have invested anywhere near the time, money and effort that Renault has," he said.

"The excellent Twizy, ZOE and Fluence Z.E. prove that this investment and effort is starting to pay off."

With the awards highlighting Renault's passion for greener vehicles, an army of eco-conscious drivers could be tempted to consider the marquee when next dipping in to the new car market.

The news comes shortly after Renault named Rachel Smith of the University of Huddersfield as the overall winner of its Twizy design competition.

Rachel, who studies advertising and media relations, won the public vote and will now have £9,000 of her tuition fees paid by the carmaker. 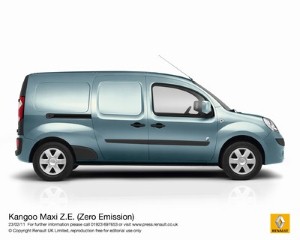 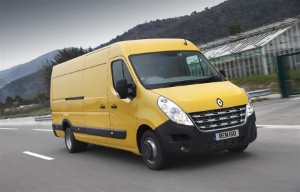