Find out how big the Mini Cooper, Honda Civic and Fiat 500 will be in 2050 if they continue growing at their current rate.
Bristol Street Motors

Scientifically Proven: How Big Will Cars Grow By 2050?

Find out how big the Mini Cooper, Honda Civic and Fiat 500 will be in 2050 if they continue growing at their current rate.

It’s been talked about for quite some time that cars have been getting bigger over their lifespan, as newer and larger generations are released. Whether it’s down to added safety features, motorists need for more storage space or just a general move towards larger vehicles is anyone’s guess – but what’s not talked about so much is how big our cars will end up being.

In some cases, cars have been getting continually larger for the past 70 years. What happens if they keep on growing?

To find out, we worked out how big 8 well-known cars would be in the year 2050 if they continued growing at their current rate. 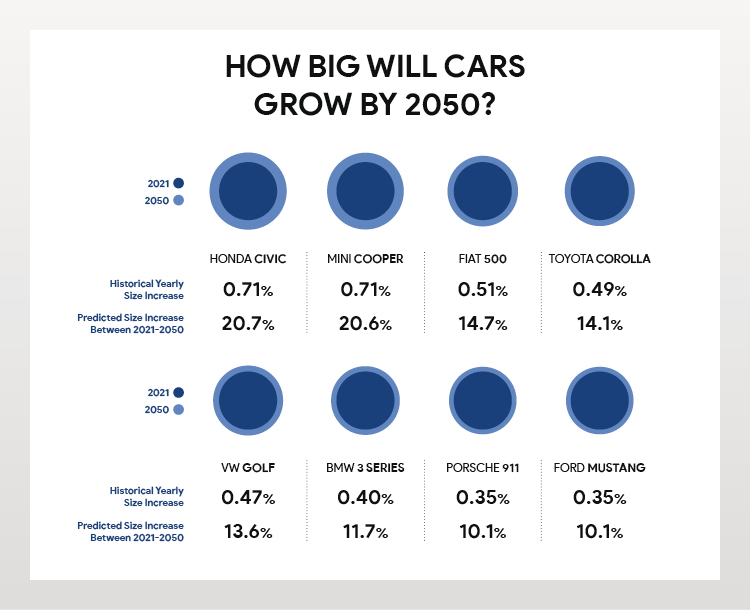 Read on to find out exactly how big each car will grow to be in 2050. 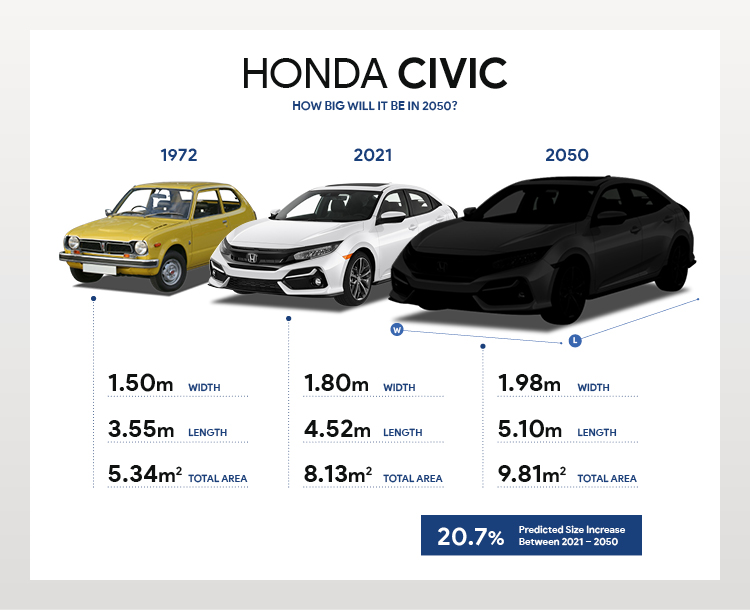 Since its release, the car has grown by an average of 0.71% per year – the most of any car we’ve featured. The growth has seen the Honda Civic transform from a family hatchback to a spacious saloon car. Between 2021 and 2050, the car is set to grow another 20.7%. 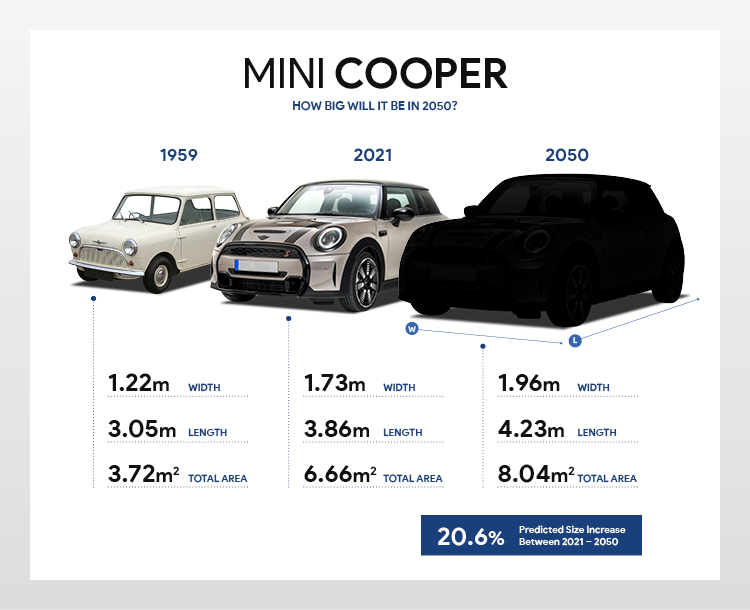 The iconic Mini Cooper is hot on the tails of the Honda Civic and is also growing in size at a substantial rate. Needless to say, the car has already grown substantially since its origins as the Mark 1 Mini, coming in at 3.72 square metre. Since then, the car has grown to around 6.66 square metre - that’s a size increase of 79%.

The supermini is predicted to have a total area of 8.04 square metre by 2050 if it continues growing at its current rate – that’s 20.6% bigger than today. 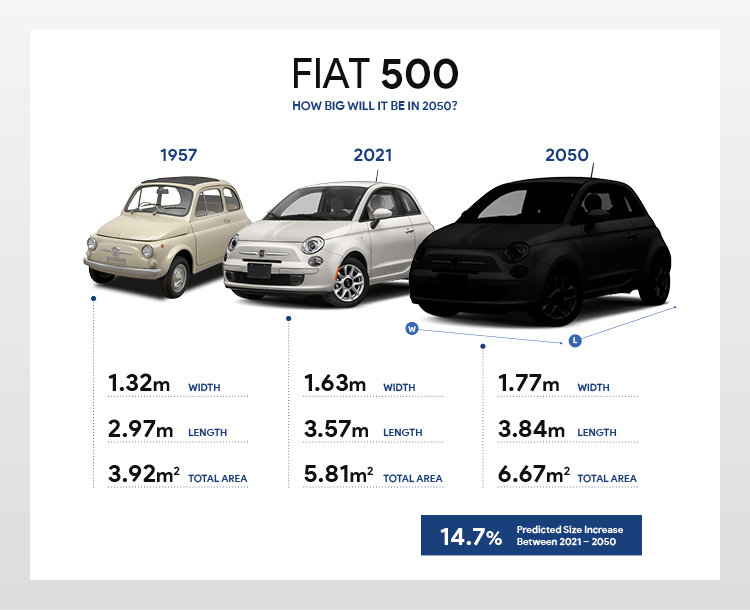 The mighty Fiat 500 made its long-awaited return in 2007 – fifty years after the original iteration was released. However, during the years that the car wasn’t sold by Fiat until its release, it had got significantly bigger by the time it made its way on the back of the road. Between 1957 and 2021, the Fiat 500 had grown by nearly 2 square metre. This meant it grew an average of 0.51% every year since it was released.

Although the car is not predicted to continue growing quite as much as the Honda Civic and Mini Cooper, it looks set to see substantial growth in the future. The Fiat 500 is predicted to grow a further 14.7% in the next 29 years. 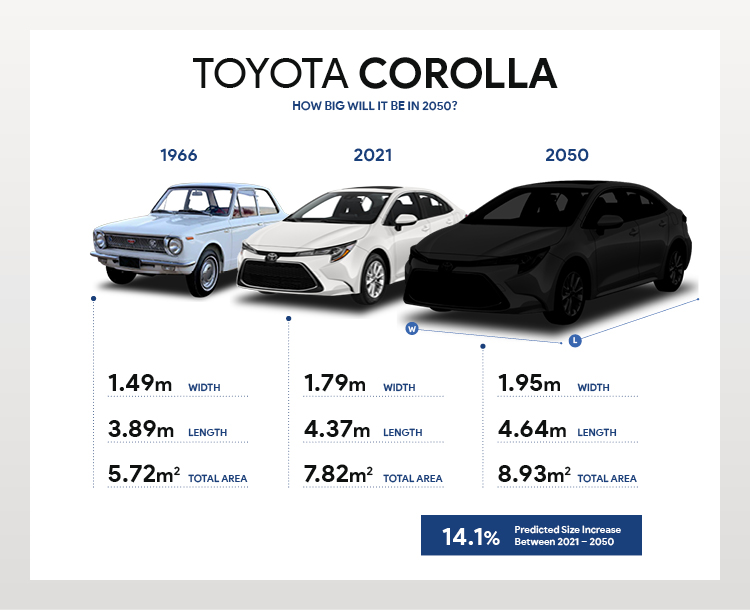 One of the world’s longest-standing car models, the Toyota Corolla is a name every car fan recognises. The car has been through some major changes during that time, with Toyota making rolling out 11 generations of the vehicle.

When the Corolla made its debut in 1966, the car measured in at around 5.72 square metre. Fast forward 55 years to today, and it has increased more than 2 square metre to 7.82 square metre. Most of the extra size has been added to the back of the car.

Taking the average growth over the previous generations of the car into account, the car is predicted to grow another 14.1% by 2050 – totalling 8.93 square metre. 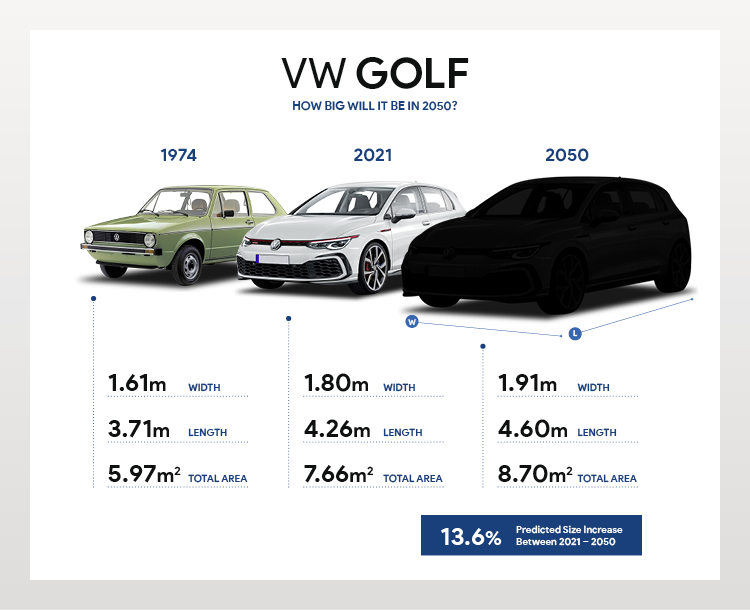 Famed for its reliability, the Volkswagen Golf has been around for the best part of 50 years. During that time, the car has been significantly redesigned, with this also leading to an increase in size.

When it was first introduced to the public way back in 1974, the car stood at 5.97 square metre. However, as time went on and several generations later, the car has now added more than 1.6 square metre to its frame, coming in at 7.66 square metre. 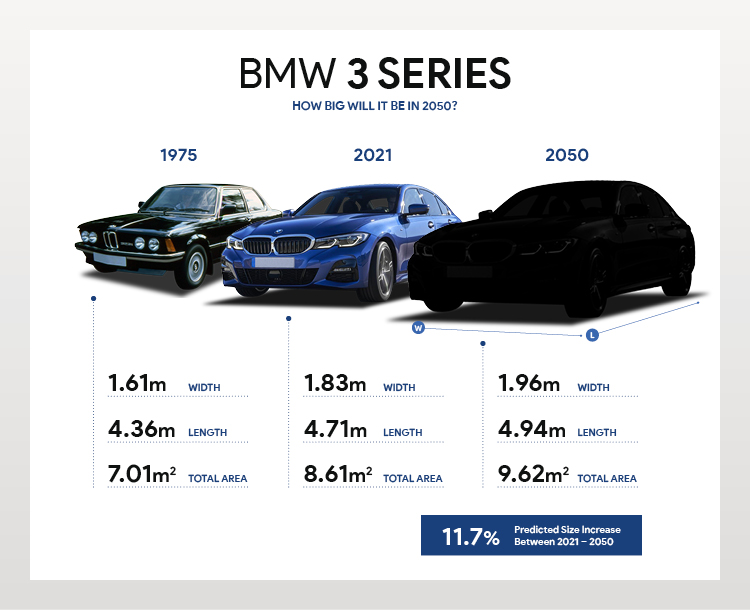 First released to the public in May 1975, the BMW 3 Series has cemented itself as an iconic car and a mainstay of the automotive industry. The E30 iteration of the vehicle has also regularly been used as both a rally and touring car over the years – but that hasn’t stopped it from growing in size. 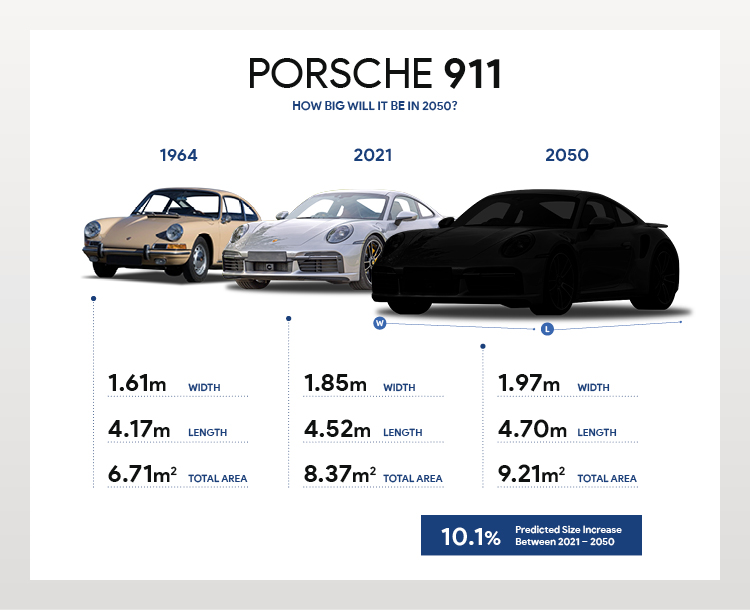 Although many non-Porsche fans will make the joke that 911s never change, no matter how many new versions they bring out, that’s certainly not true when it comes to size.

When the first iteration was introduced in 1964, the car measured in a 6.71 square metre. Over time, with the implementation of safety features and other space-consuming features, the car now stands at 8.37 square metre in 2021. 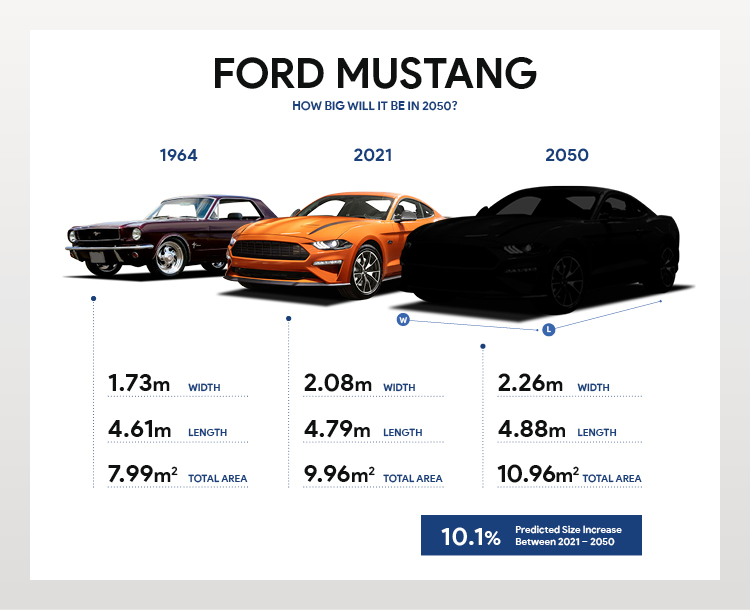 Perhaps the most famous muscle car in the world, the Ford Mustang was always a large car, even way back when it was first released in 1964. However, over the past 57 years, the car managed to add even more size – coming in at 9.96 square metre in 2021.

Unlike some of the other cars on our list, the Mustang has a fairly modest yearly average growth rate of 0.35%, but that still means that by the time 2050 rolls around, the car would hit a massive 10.96 square metre in size. 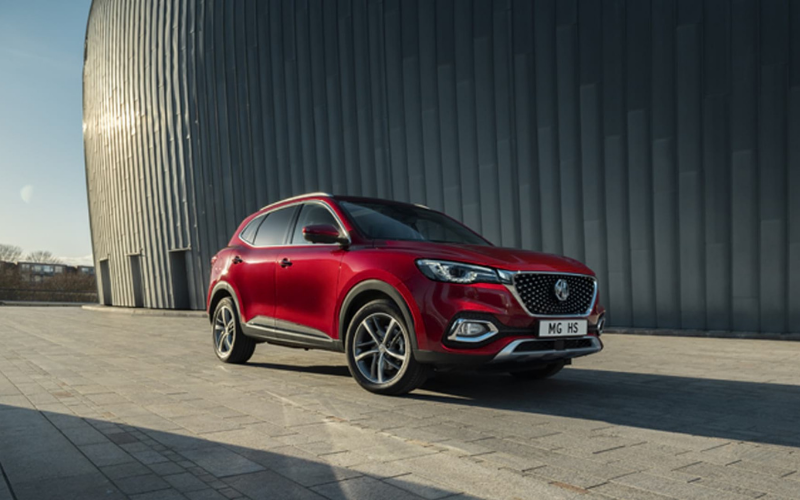 What to Expect from the MG HS Plug-in Hybrid

Driving With Dogs Can Cause È1,816 in Car Damage 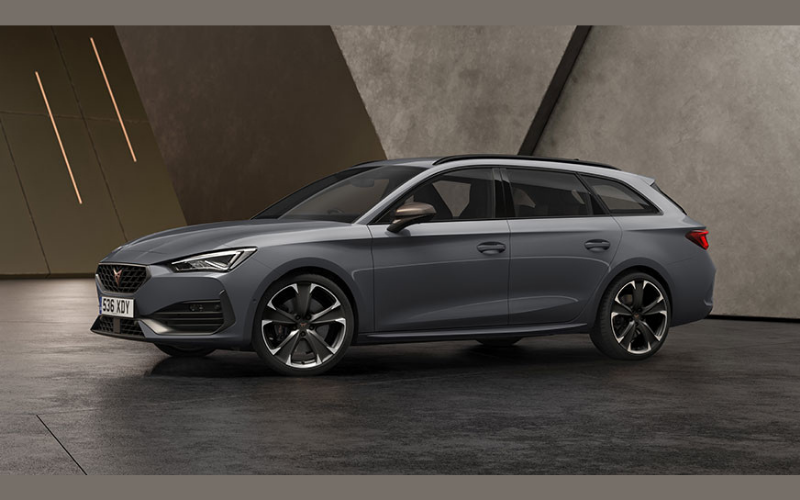 A Video Tour of the CUPRA Leon Estate e-Hybrid