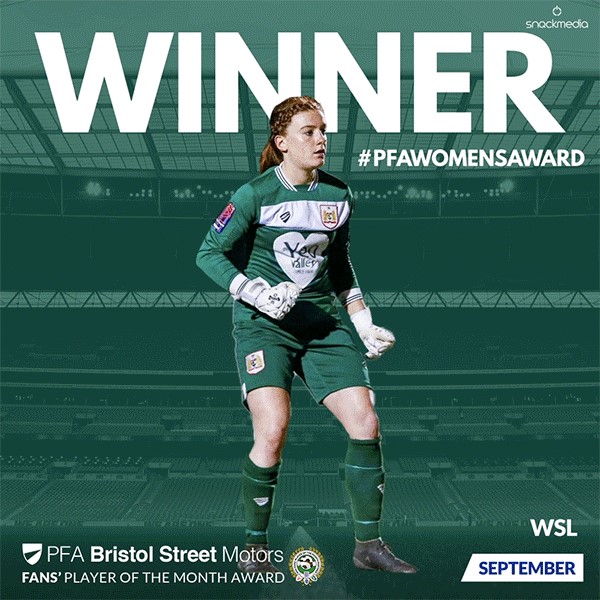 Bristol City Women FC’s Sophie Baggaley has been voted the first ever Women’s PFA Bristol Street Motors Fans’ Player of the Month by football fans across the country.

In the final of five divisional votes carried out over eleven days via Snack’s digital and social networks and supported by top flight football clubs and press, it was clear that Baggaley’s strong performances – where she kept two clean sheets in four games and helped her side take points off of Man City and champions, Chelsea - over the last month has resonated with City’s fans and supporters of all clubs alike.