Ford is to use the Frankfurt Motor Show to unveil a mix of concepts and production models with the Fiesta ST and Focus ST set to be the centre of attention.
Bristol Street Motors

The wait is almost over for fans of Ford's iconic ST range, with the firm set to unveil two new models at the Frankfurt Motor Show.

Indeed, the event will be used by the marquee to showcase numerous concept and production cars on what is said to be its largest display area ever.

Industry commentators have speculated on exactly how many new models will be unveiled, with the general consensus landing on four or five.

However, one thing that all are in agreement on is the launch of a new Focus ST and Fiesta ST.

Last seen as a concept at the Paris Motor Show in 2010, the Focus ST will now be displayed a production model and will boast a 2.0litre direct injection unit in place of the old five-cylinder turbo engine.

The hotly-anticipated Fiesta ST, will also be on show, and with the same aggressive styling will live up to its billing as the Focus ST's little brother.

Concepts believed to be part of Ford's display include a new Kinetic 2.0 version of the Focus, a new Ford Ranger pick-up and the Ford B-MAX. 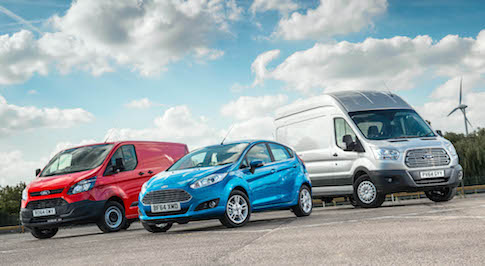