Fiat has joined forces with Microsoft Advertising and media company Maxus to launch an industry-first digital advertising campaign to support the launch of the mew 500X crossover.
Bristol Street Motors

Fiat has joined forces with Microsoft Advertising and media company Maxus to launch an industry-first digital advertising campaign to support the launch of the mew 500X crossover.

The campaign - "The Power of X" - features the Fiat 500X and the world-renowned magician Dynamo  the star of the hit TV show Magician: Impossible, which currently airs in more than 180 countries and reaches in excess of 210 million people worldwide.

"The Power of X" is now live across multimedia platforms including Xbox, Skype, MSN, Outlook.com and Windows 8, culminating in an interactive illusion from the magician which will be available exclusively on the Xbox ahead of the official UK launch of the Fiat 500X at the end of April.

The campaign's dedicated Xbox hub invites audiences to sign up and receive new information on the 500X. Dynamo will then create a first-of-its-kind, magical Fiat 500X illusion exclusively for Xbox One and Xbox 360 users, including a special Kinect-enabled feature to unlock more content from the magician himself.

Head of brand at Fiat UK Kate McLaren said: "The Fiat 500X is a brand new vehicle in a brand new segment for us, so it made absolute sense that we create awareness in new and innovative ways as well. "The Power of X" illusion, which was specially created by Dynamo for Fiat, allowed us to launch the new 500X to the public in a way which, much like the car itself, is surprising, exciting and truly unique."

Sales director at Microsoft Advertising Stuart Flint added: "Using our consumer insights, in combination with Fiat and Dynamo, we have designed a campaign that engages people with content that's exciting and relevant to them. Xbox's creative capabilities enable us to provide a rich, unique experience for the FIAT 500X launch, showcasing its features as well as bringing the experience to life. I can't wait to see what illusion Dynamo will create on Xbox. I will definitely be tuning in for that!" 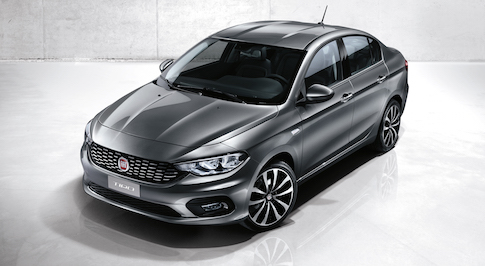 Fiat's new saloon has been named the Tipo