Staff at Transport for London (TfL) are trialling the new all-electric Nissan Leaf.

London Mayor Boris Johnson accepted the keys to one of the zero-emission cars on behalf of TfL, which will test the revolutionary five-seater for a month.

The Nissan Leaf was recently named 2011 European Car of the Year and is the first electric vehicle to win the title.

Commenting on the importance of zero-emission transport, Mr Johnson stated: " Zero-emission electric cars are perfect for city driving, not only delivering cheaper day-to-day running costs for their owners, but also helping to bear down on pollution levels."

The mayor hopes to have 100,000 electric vehicles on UK roads "as soon as possible". 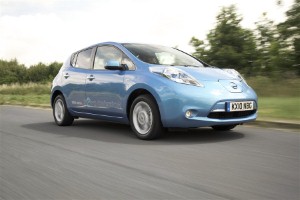