After a successful campaign late last year, Hyundai has now released the second set of 'Inner Thoughts' films to showcase the i10 and ix35.

The humorous sketches are intended to reveal what goes through the head of a potential buyer when visiting a Hyundai showroom, while the salesman gets the opportunity to reveal all of the benefits that each machine offers for the customer.

Fresh Meat star Kimberley Nixon, who plays Josie Jones, turns up to check out the latest generation i10.

While flirting with salesman George, she finds out the car comes with great drive, style and roominess, leading some of the top publications to give the model the highest possible praise.

Taking a gander at the ix35 is Neil Stuke, star of BBC's legal drama Silk, alongside co-star Elliot Speller-Gillott, who plays his son in the feature.

When trying to take his son through the 'rite of passage' that is buying a car, he discovers the crossover offers all the benefits of a hatchback and an SUV with a number of features that are perfect for the city and the countryside. 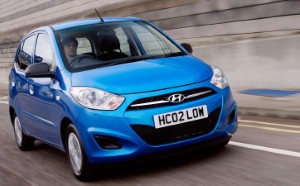 Hyundai rolls out new eco i10 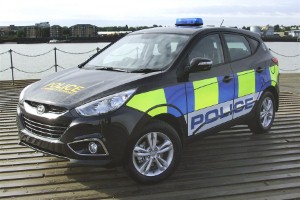