Vauxhall's new Astra has been chosen as a nominee for the prestigious 2016 European Car of the Year award.
Bristol Street Motors

One of seven nominees chosen by 58 leading European motoring journalists, six of who write for UK titles including the Daily Telegraph, Autocar and CAR magazine  the Astra already boasts a host of awards, including the 2015 Scottish Car of the Year Award, the 2015 Golden Steering Wheel and the SAFETYBEST 2015 awards.

European Car of the Year was founded in 1964, and in recent years Vauxhall has won twice: with the Insignia in 2009 and the Ampera in 2012.

Vauxhall's new Astra is in dealerships now, with a starting price of just £15,295. Featuring a smaller exterior than the previous version, and a larger interior, the car weighs up to 200kgs less than its predecessor.

New-generation petrol and diesel engines feature in every model, with CO2 emissions as low as 88g/km and power outputs up to 200PS. The Astra also boasts new-in-class technology, such as Vauxhall's OnStar infotainment system and IntelliLux Matrix LED headlights. 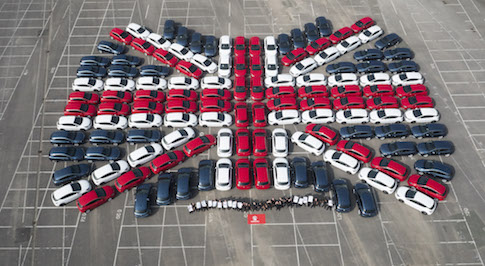