In March this year, the Ford commercial vehicle range totally dominated the VansA2Z Awards ceremony, clinching gongs in a number of different categories.

It proves the versatility, reliability and strength of the range, making it one of the top choices for businesses all over the UK when it comes to commercial usage.

The manufacturer took six major trophies at the ceremony, including the much sought after Van of the Year title.

Unsurprisingly, it was the new Transit that scooped this accolade, continuing a pattern of excellence that the model has achieved since it first hit the UK market 47 years ago. It also secured success in the Large Panel Van of the Year category, doubling its achievement.

The most recent edition of the van was also named Large Used Van of the Year at the 2013 Commercial Motor Used Truck of the Year Awards.

Released in late 2012, the van offers a number of body styles depending on the customer's needs and has improved the versatility and capability of the machine.

Load volume was increased by ten per cent over its predecessor, while the 2.2-litre Duratorq TDCi diesel engine provides the power.

Of course, it has been fitted with a range of new technologies too, including the Ford SYNC voice-activated, in-car connectivity system, featuring emergency assistance, a rear view camera, adaptive cruise control and lane departure warning.

Elsewhere, alternative versions of the Transit range also claimed titles at the VansA2Z ceremony. The Transit Custom was named Diesel Eco Van of the Year, with the vehicle also taking home the Small Panel Van of the Year award for the second successive time.

The Transit Connect continued the success of the range with the Light Van of the Year gong, following on from the International Van of the Year accolade it has already received in 2014.

Finally, the Ford Fiesta Van was the final victor in the trophy haul, sealing the Small Van of the Year title for the second year running.

The six titles in all breaks the existing record held by Ford at the ceremony, with the manufacturer boasting a five-award collection in 2013.

According to David Gregory, chief programme engineer for Ford global commercial vehicles, the latest recognition is down the the brand's significant investment in the business range, culminating in new modern styling, innovative design and low CO2 powertrains for efficient and environmentally friendly performance.

Editor of VansA2Z Neil McIntee was quick to praise Ford for its achievements at this year's ceremony.

“We’re delighted to award the all-new Transit Best Large Panel Van and the overall Van of the Year title," he said.

"Ford has continued to raise the bar in the commercial vehicle market, with the introduction of Transit Custom, Transit Connect and new Transit – all of which boast dynamic looks, are superb to drive, and loaded with practical Ford technology and functional design features. At the moment, the Ford range is untouchable.” 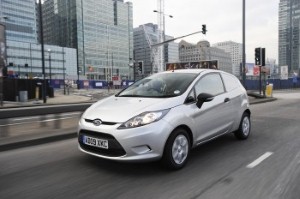 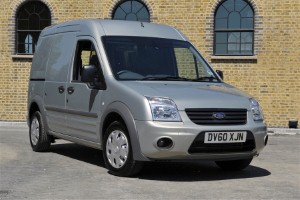